It's a Damn Great Day in Hollywood

Just days after rightfully firing their PR Chief for using the “N-Word” like a privileged white male would, Netflix airs a powerful spot called, “Strong Black Lead”. If you were tuned into the BET awards this past week, you may have witnessed a movement in the making.

Before I get to into this, I want to first say that Netflix has stepped their game up over the past year or two on not only providing black stories, but LGBT plot lines as well. It was once hard to find anything of variety or substance on a streaming platform, and it’s pretty clear Netflix noticed this as well.

Here we are in the present day and so much has changed! From Bubblegum, Sense8 (I still need a season 3, please!) and Dear White People, Netflix is now a place for EVERYONE to find something to watch that they can actually relate to.

This Esquire magazine photo featuring 57 of the most famous jazz artists in the world was taken in 1958. (Art Kane)

This past Sunday, 47 black royalties of excellence graced our televisions, tablets & smart phones. If you’re unfamiliar of the photo’s origin, it was a recreation of “A Great Day in Harlem”, a 1958 black-and-white group portrait of jazz musicians. While it wasn’t published until 1959, Kane, the photographer, still called it “the greatest picture of musicians in that era ever taken.”

Fast forward to 2018, Kwaku & Lacey recreated this masterpiece and called it, “A Great Day in Hollywood” Everyone photographed in it are producers, writers, show runners, and actors from more than 20 Netflix shows, films and documentaries. Narrated by Caleb McLaughlin, one of my favorite characters on Stranger Things and directed by Lacey Duke, the photo, as well as the minute-long video, was shot by Kwaku Alston to promote Netflix’s Strong Black Lead initiative, where they vow to create more diverse storytelling on their platform.

In the video, McLaughlin narrates, “This is a new day built from the ground broken by legends, a day for our generation to see untold experiences of our blackness representing a limitless range of identity, playing kings and queens of our neighbourhoods, defeating larger than life forces trying to flip our world upside down. We’re not a genre because there’s no one way to be black. We’re writing while black — nuanced and complex, resilient and strong. This is not a moment; this is a movement. We are strong black leads. Today is a great day in Hollywood.”

Lead by a powerful group of black executives at Netflix, the Strong Black Lead initiative “represents an intentional focus from Netflix to talk authentically with the black audience,” said Maya Watson Banks in an interview with the Los Angeles Times. As Netflix's director of brand and editorial, she helps oversee the effort. “Strong Black Lead is relatable and real, always unapologetically black, and assumes context and knowledge so that content doesn’t need to be watered down.”

This is vital, especially in a time where racial sensibilities run the gamut. It’s about time that we have something of substance that shows our youth that they too can be seen as a hero. With movies like the record breaking Black Panther and shows like Atlanta, Queen Sugar & Grown-ish, I’m pleased to know Netflix plans to continue to carry this streak of greatness. Check out the behind-the-scenes footage and photos below.

If you DIDN'T get chills while they sang our national anthem, "Life Every Voice", we're judging you low-key.

Check out Lacey's work at: http://www.laceyduke.com

Check out Kaku's work at: https://kwakualston.com 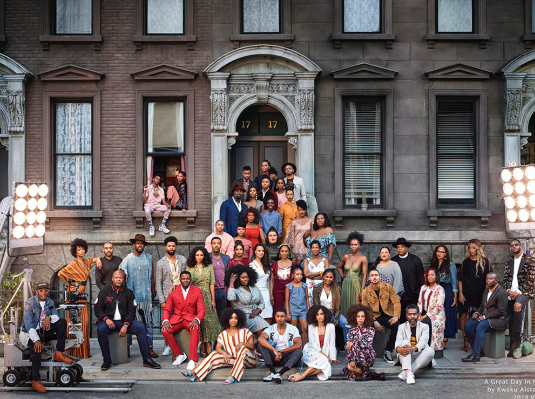 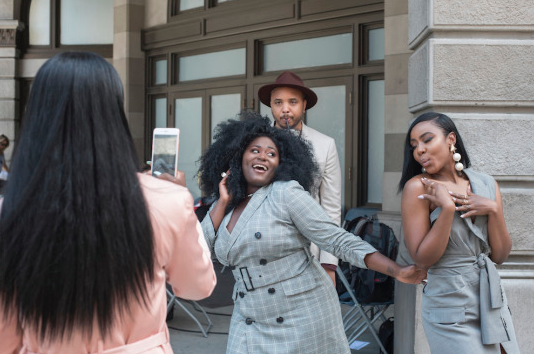 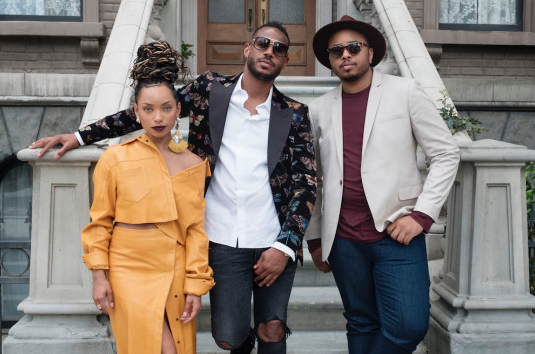 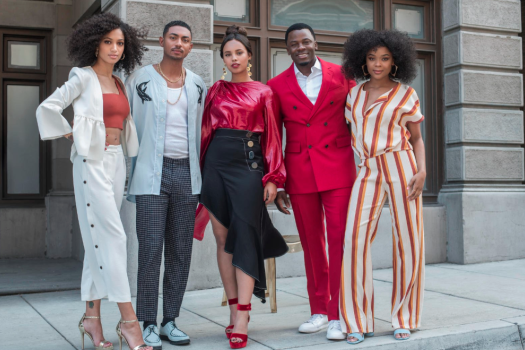 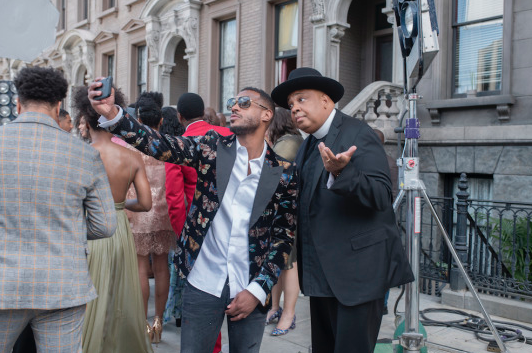 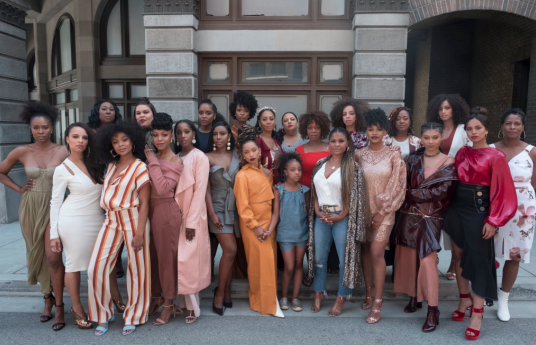 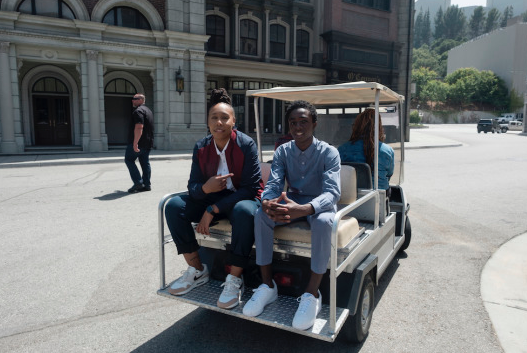 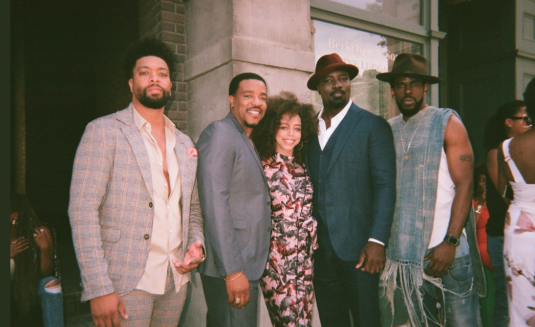 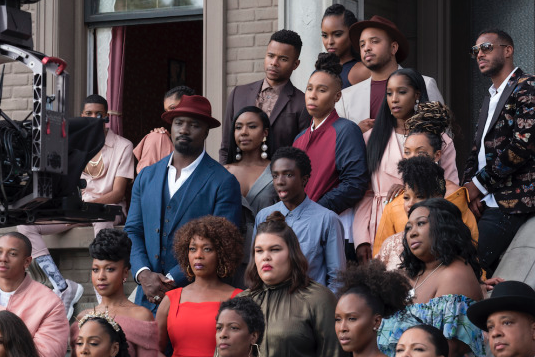 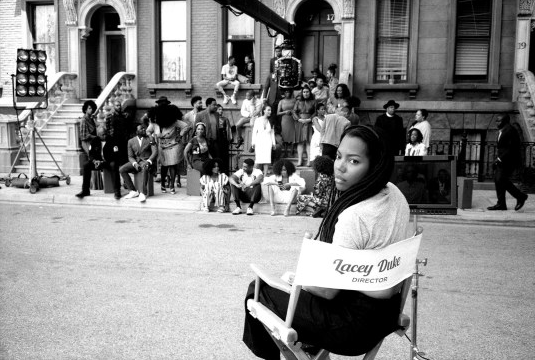 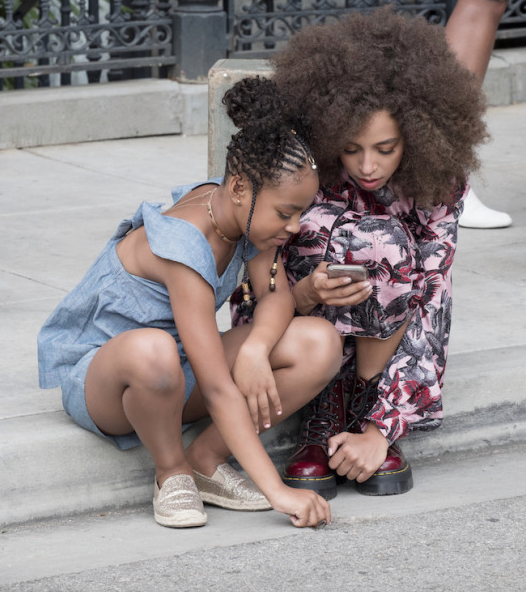 Brett Gray (On My Block)

DeRay Davis (How to Act Black)

Justine Simmons (All About The Washingtons)

Kat Graham (The Holiday Calendar; How It Ends)

Rev Run (All About The Washingtons)

Sierra Capri (On My Block)

Spike Lee (She’s Gotta Have It)

Nickelodeon's Musical Guest Were All That!

Choose Your Own Experience with Miami Motel Stories: North Beach